The Willamette River Basin in western Oregon spans nearly 12,000 square miles (30,000 square kilometers), from its snowy, forested headwaters in the Oregon Cascades to its green valley floor. It is home to 70% of Oregon’s population, and provides water for the region's diverse ecosystems and economy. Currently, the Willamette River Basin is water-rich, but with a warming climate and increasing socio-economic pressures that may not always be the case. Such pressures raise a number of important questions:

The primary project objectives were to:

We recognize that the Willamette River Basin is a complex coupled system, one that includes both a natural system (the biophysical components) and a human system (the socio-economic components). The interactions, feedbacks, and evolving characteristics of these different components will control when and where water is abundant or scarce. Modeling such a system has to be selective: it would be impossible to model all aspects of such a complex system in great detail and high resolution. We therefore chose to focus on the elements, relationships, and feedback mechanisms that were most important to the key objectives described above. Fig. 1 describes at a general level the main components of the Willamette River Basin that we modeled in detail. The components include “external drivers” (factors outside the control of people in the basin), including the climate, population growth, and growth in income levels. This conceptual model identifies components related primarily to water supply and demand. Water supply is mainly determined by the biophysical system. Water demand includes human demands for water that are both direct (urban use) and indirect (water allocated by law to protect fish). At a general level, human decisions influence how land and water is used as a result of laws, regulations, and policies, and these in turn influence how individual decisions are made (farmers, consumers), and how society’s representatives (public officials) act to allocate land and water (e.g., reservoir management).

Given the complexity of the system, and the detailed spatial and temporal scales at which these different components interact and influence each other, an explicit and quantitative representation of this system requires a computer model to incorporate the many processes and relationships in time and space between and among the natural and human system components, so that we are able to predict how those processes are likely to change over time. As a result, we developed Willamette Envision, a computer model that includes sub-models for each of the biophysical and economic components indicated in Fig. 1. The model captures key biophysical and socioeconomic elements of the system that allow us to address the first two objectives. In addition, the model can be used to ask “What if?” questions of interest to applied scientists, policymakers, and the general public. These questions explore the interactions between land and water use, law and policy, and public management of land and water resources. A more detailed description of Willamette Envision is contained in the model overview section.

As a companion to the project’s scientific publications, this website provides an overview of project methods and findings, and a portal to access publications, data products, and unpublished project materials. It also contains sections describing the project’s broader impacts activities such as engagement with regional stakeholders, and training provided to university students and K-12 students and teachers. This website is intended for use by scientists, water and land managers, policy and decision makers, and educators.

‹ About up Project Setting › 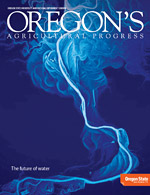 Key to the WW2100 project is the concept of water scarcity. Water scarcity is more than just the case where demands exceed supply. Water scarcity can be understood to reflect the cost of acquiring additional water (e.g., cost of storing and transporting water), or the cost of changing the quality of water (e.g., level of contamination or pollution and water temperature). Water scarcity varies greatly at different times, and across locations. Scarcity occurs on a seasonal basis with peak demand in the dry summer even while annual supply may seem abundant. Water scarcity also has a spatial component with local scarcity depending on available water rights, regulatory flows, and the cost of irrigation or municipal infrastructure to transport water.

This project considered all of these dimensions of water scarcity. For a more complete discussion of the concept of water scarcity, refer to Jaeger et. al. (2013) a research paper developed by members of the WW2100 project team.

Stakeholder engagement distinguished WW2100 from many other large-scale research projects.

Link to an online children's book about water that was written by WW2100 scientists. The book is available in English and Spanish.

Link to an interactive map of Willamette Water 2100 modeling scenarios.