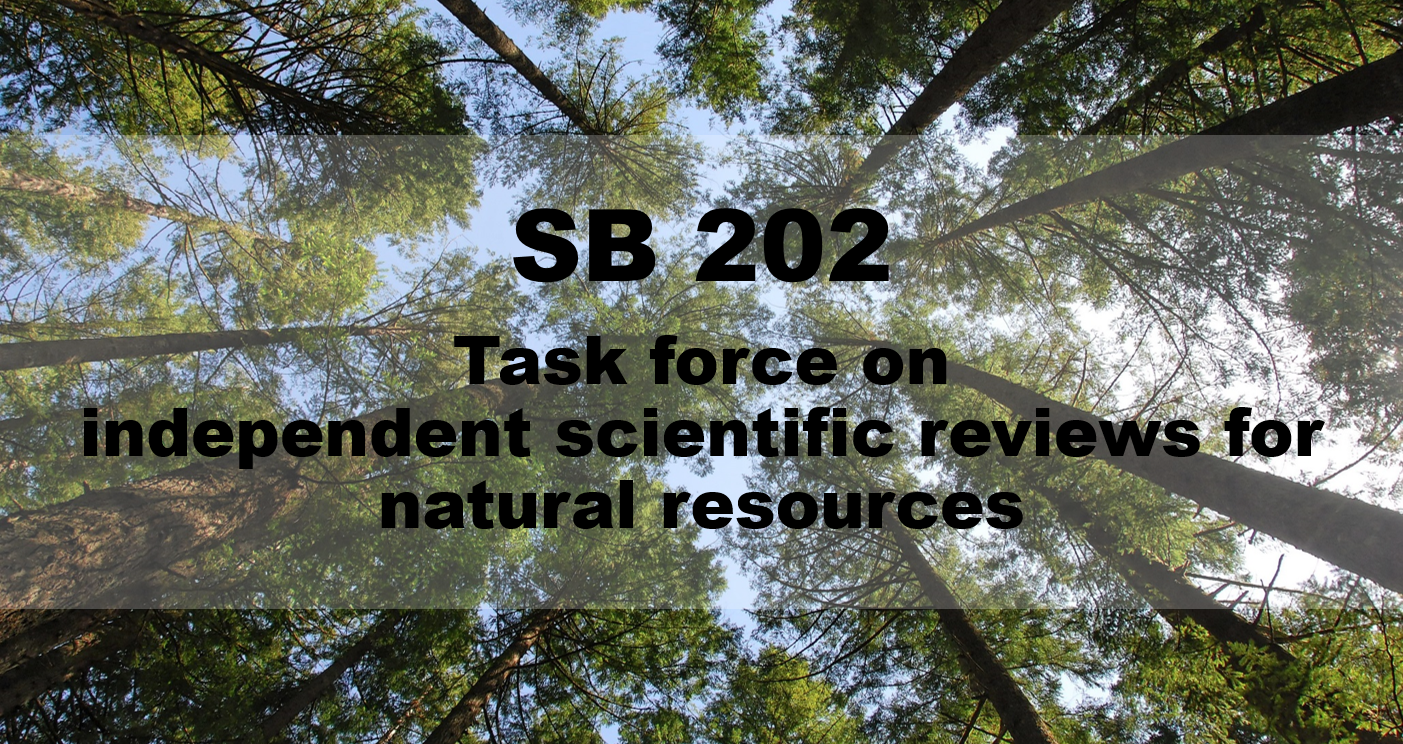 The Oregon legislature found in Senate Bill 202 that policy and program decisions made by natural resources agencies, boards and commissions can benefit from independent scientific review that: (a) reflects a balance of representation from various research sectors, academic and nonacademic, public and private; (b) is performed by distinguished scientists from a range of disciplines; and (c) is clearly communicated to the public and state and local officials.
Senate Bill 202 establishes the Task Force on Independent Scientific Review for Natural Resources to “evaluate and assess the need for independent scientific reviews in Oregon and make appropriate recommendations” to the Governor and appropriate Legislative committees no later than September 15, 2016.

Members of the task force were appointed by the Governor in consultation with the Vice Presidents of Research, or their designees, at Oregon State University, the University of Oregon, and Portland State University.

Task force members included members from the forestry, agriculture, manufacturing, conservation, academic and research sectors, and representatives of the three universities. In addition, at least one member was to have previously served on the Independent Multidisciplinary Science, Team, or on another state or federal scientific review body such as the National Academy of Sciences. The task force was directed to hold its first meeting on or before January 1, 2016.

Senate Bill 202 directed the Institute for Natural Resources at Oregon State University to provide staff support to the task force.

The task force’s work was conducted in two consecutive phases. Phase I (goal 1) and Phase II (goals 2-4). The scope of Phase II depended on the results of the first phase.

Goal 1: Assess the need (and capacity) for independent scientific review for natural resources in Oregon.

Phase I: Evaluate and determine:

If yes, then move to the next phase milestones.

At the latest, final report delivered to the Legislature.

For further information about the SB 202 Task Force, please contact: